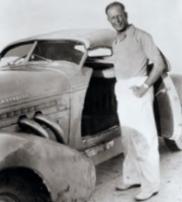 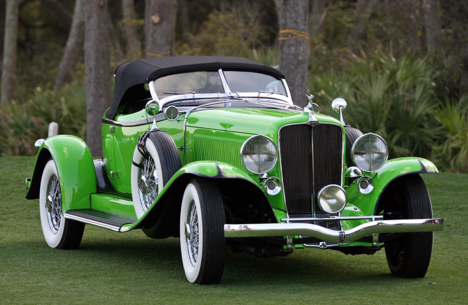 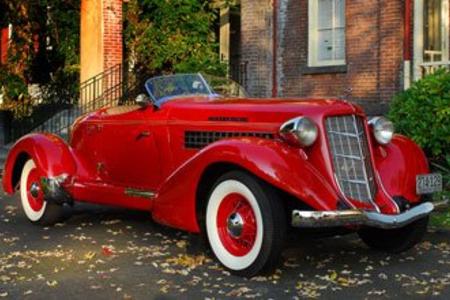 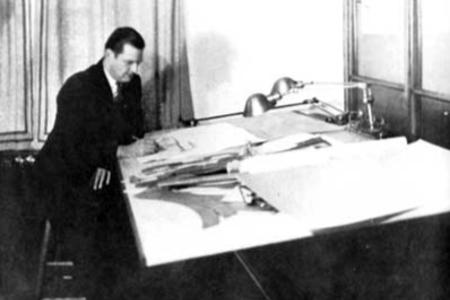 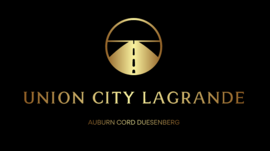 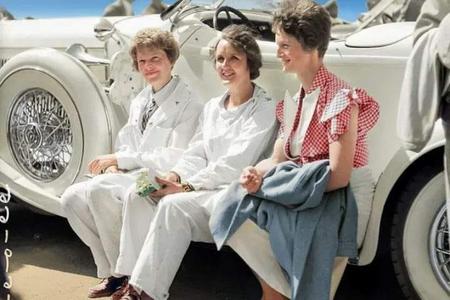 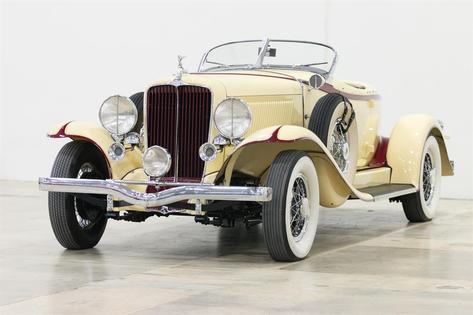 Designer Alan H. Leamy created some of the most memorable designs of the late 20's and early 30's. In addition to his work for the Cord L-29 and 31-34 Auburn Speedsters, he also is credited with some styling of the Duesenberg J. 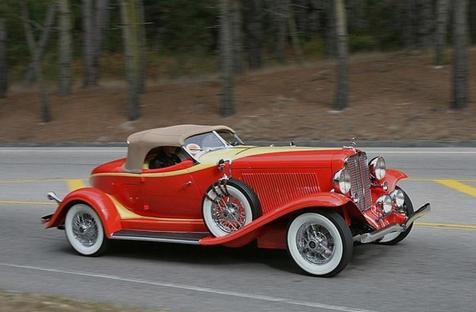 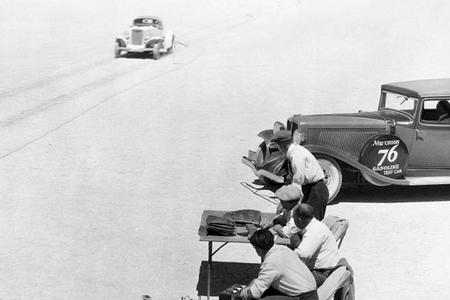 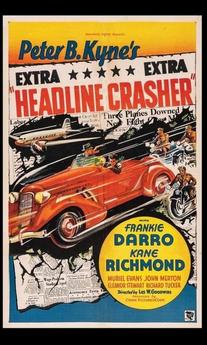 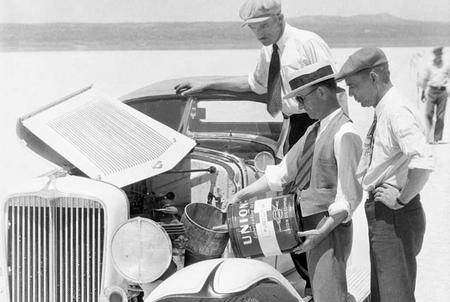 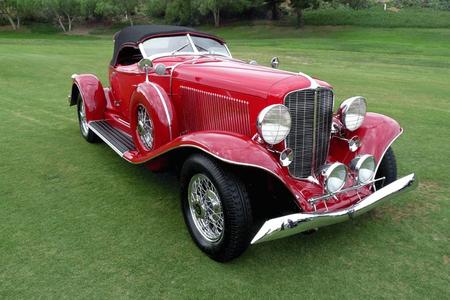 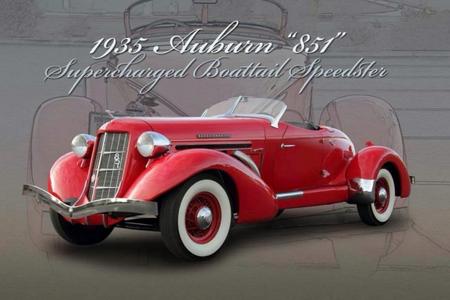 The early examples of the 851 Speedster were different from the cars that followed. The first 12 to 15 cars share certain early features, which gradually disappeared until the 15th or 16th cars. 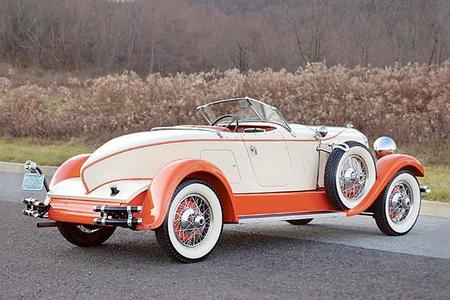 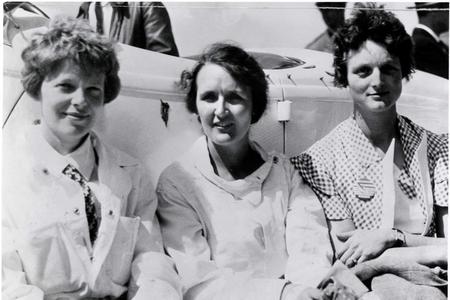 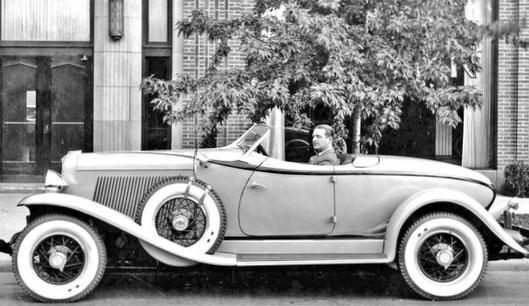 The 851 Speedster body consisted of 22 sections,  which had to be hand joined and fitted. The finish took  hours of body shaping, using an English wheel and a bead roller. Deep draw metal stamping was in its infancy at that time and to craft a pontoon fender of this size would take several sections of hammered and shaped panels pieced together.The Auburn presented below is one such hand crafted Union City bodied car. Although it started life as a 1935- 851  Speedster, it went unsold, and as commonplace, was rebadged for 1936 as an 852 Speedster. The first 100 Gordon Buehrig designed 851's carried Union City Coachwork from revamped 1933 leftover bodies. Bodies were always painted in primecoat and upholstery protected with a muslin cover. Speedsters were ordered in a batch of 50, first year of 50 with a Straight 8 Lycoming Engine - 851''.Total built 147.Two batches of 851's for the 1935 model year, three destroyed during the body style change. One batch of 50 for the 1936 model year. Of the 147 produced for sale 78 authentic 851-2 Speedsters remain today. They claim there are around 220 with the Glenn Prey fiberglass reproductions.

Actress Jean Harlow with her 1932 Auburn Boattail Speedster. Photo taken at the July, 1933 National Air Races. The pioneer women aviators seated on the running board are from left to right Amelia Earhart first female pilot to fly solo across Atlantic ocean, Ruth Nichols the only woman yet to hold simultaneous world records for speed,altitude and distance for a female pilot, Nicknamed" The Flying Debutante, then we have Louise Thaden one of America's most captivating aeronautical record setters during the late 20's and 30's 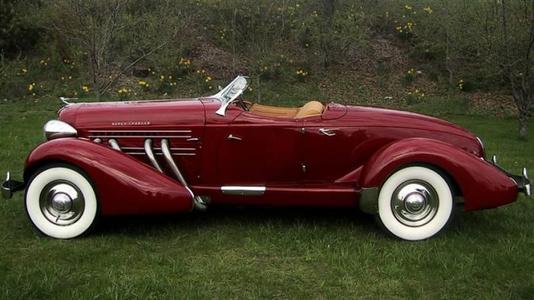 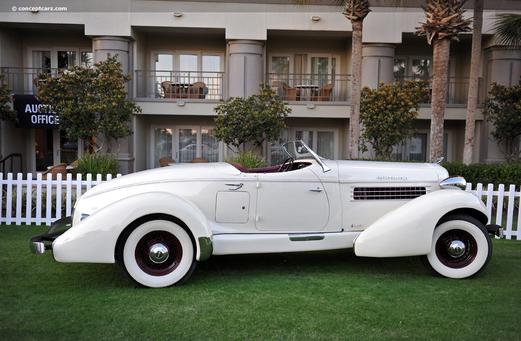 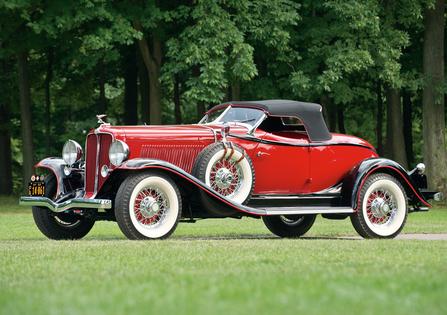 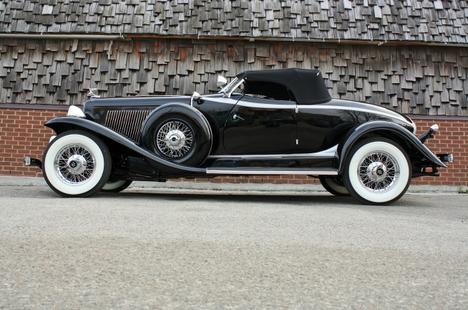 Union City built Auburn Speedster at  the Muroc dry lake run in the Mojave desert. This Speedster was powered by the new 160 h.p. V-12 Lycoming engine."Automotive Industries" reported in it's Jan.1932 issue that new speed records were set at distances from one mile to 500 miles. The mile run set a new 100.77 mph mark, and the 500 mile distance was covered at an average speed of 88.95 mph. 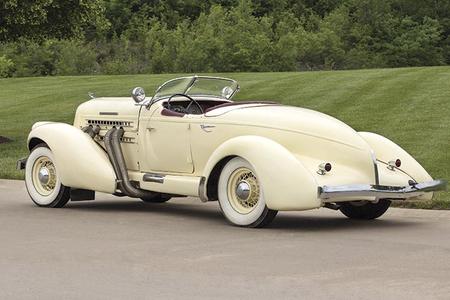 In 1932, only 84 Auburn Speedsters were produced with the straight eight lycoming engine. V-12's were installed for the remainder of 32 and all of 1933. Union City had to modify the  leftover 1933 bodies for the upcoming 1935 model year.        The 1934 model Speedster was not well-received at the New York Auto Dealer Showing, Designer Alan Leamy had stayed with the same design for too many years. Carmakers were designing away from the 13'' bucket headlight, Model-T look. Leamy was let go and Designer Gordon Buehrig was brought in for a re-design. Buehrig went with a more streamline front end, by adding a slant covered radiator. He removed the running boards, added a few more panels to the fenders and tail, and went with the bullet style headlights.  In order to qualify for any AMA ( Automobile Manufactures Association ) Sanctioned Auto Show , Carmakers had to have 100 examples already built for the model year. Without many changes, Auburn was able to prepare the Speedsters for the 1935 Show. Only 147 Speedsters were built for the 1935-36 model year. By 1937, the Depression had taken it's toll on the remainder of Cords Automotive Empire, and all production ceased for Auburn and Cord. 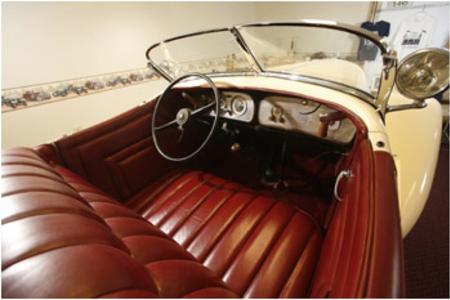 Actress Mary Astor in her 1935 851 Supercharged Auburn Boattail Speedster talking to Actor George Murphy with his 1935  851 Phaeton parked next to her. Both automobiles were built in Union City Indiana at the Union City Body Company..

The Auburn 851/852 Boattail Speedster is easily recognizable and unlike anything else. 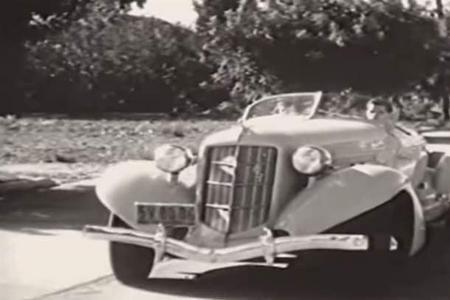 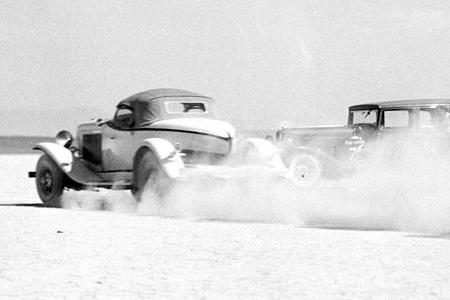 Union City and Auburn factory built Boattail Speedsters will always have their Supercharger pipes on the Drivers side of the automobile. Other builders reproducing them, will most often have them on both sides. According to Copy laws a replica must be a certain percentage different than an original, so most will opt for the supercharger pipes on both sides of the car. 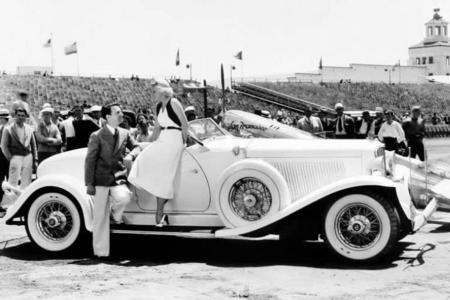 Auburn 851 Speedsters did not just look fast, they were fast. To prove this, famed speed-demon and race driver Ab Jenkins sat behind the wheel of an 851 Speedster and was the first American to set a 100 mph average for a 12- hour period endurance record in a completely stock 851 Speedster. As a result, each Speedster built carried a dash plaque attesting to it's over 100 mph capability, bearing Ab Jenkins signature. 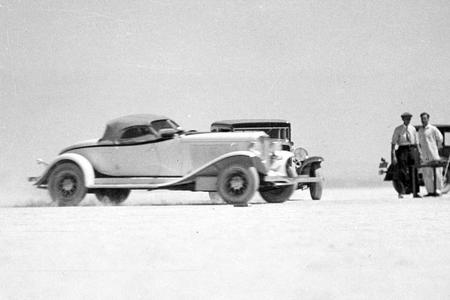 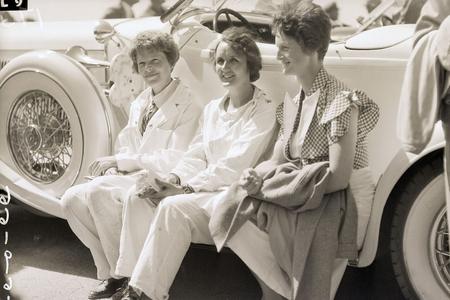 Extremely Rare, We only built three of these, two in Jan. and one in April of 1933. This being the second built in January.