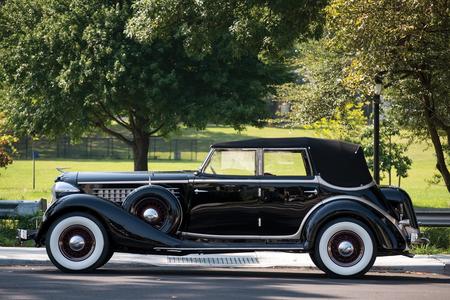 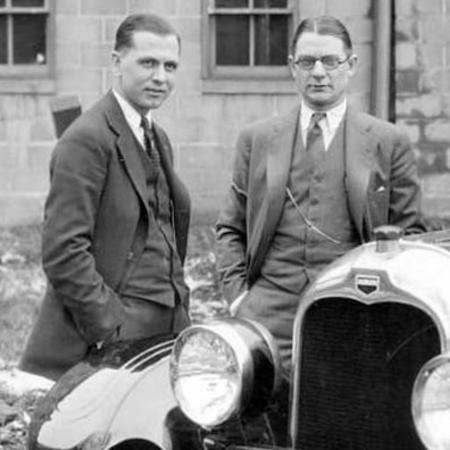 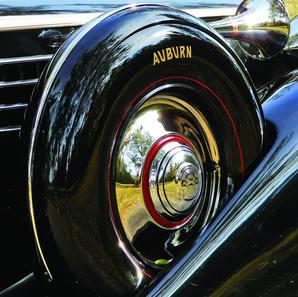 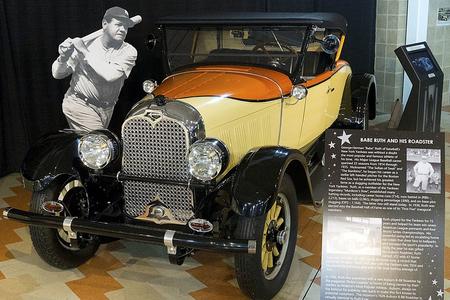 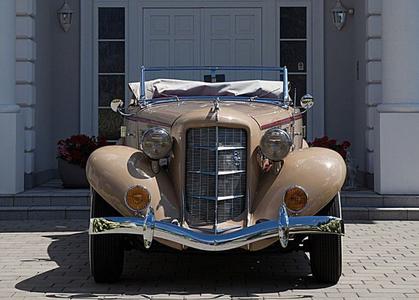 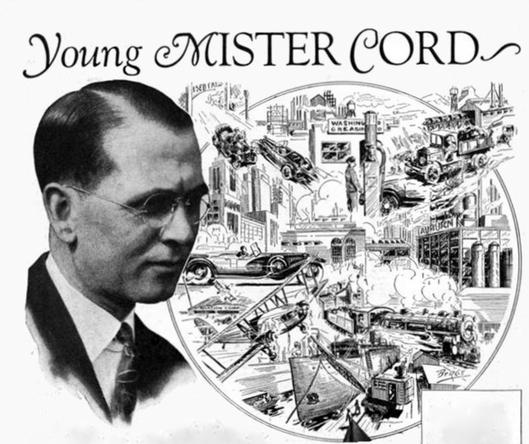 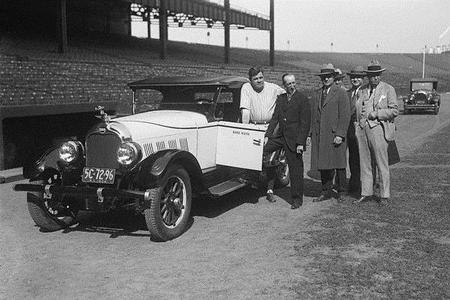 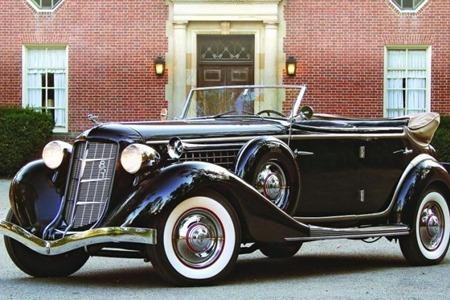 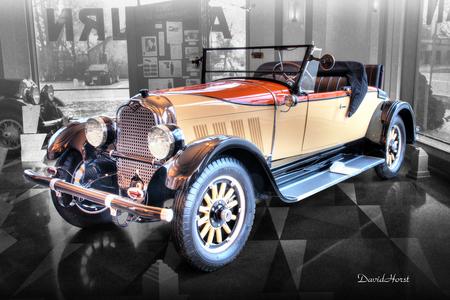 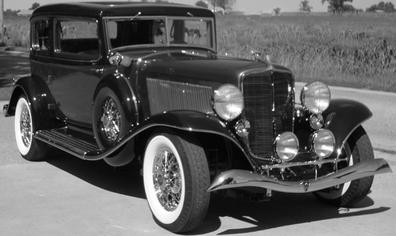 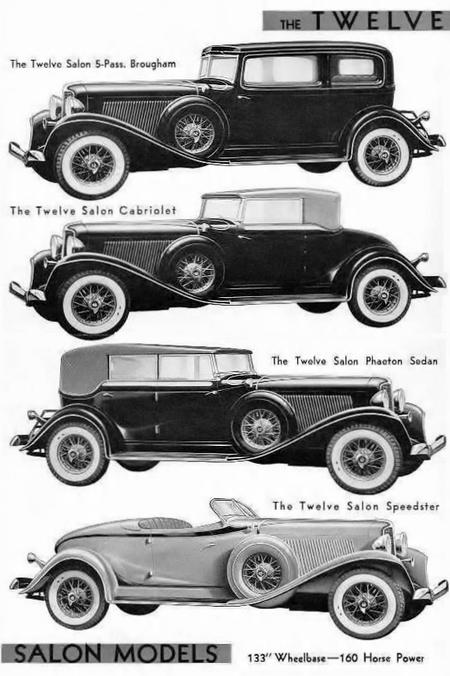 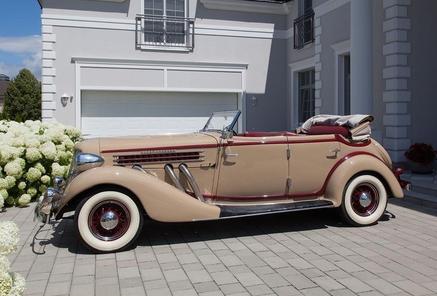 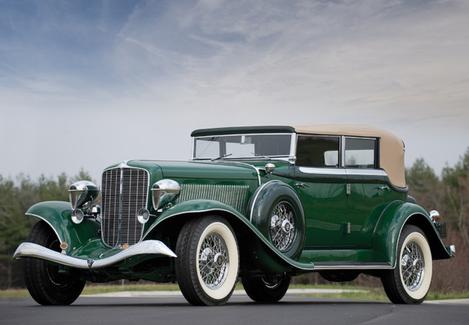 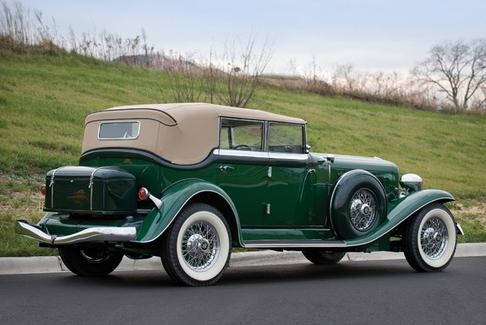 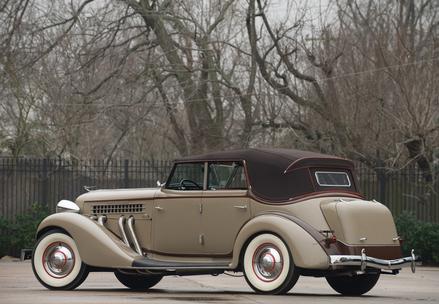 The 1933-34 Salon models are very unique in as the body, headlights, interior trim, wheels, frame, brakes, and bumpers are different from standard models. Salon models represented Auburns attempt to provide the market with an upscale Auburn. 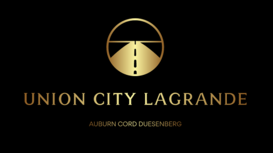 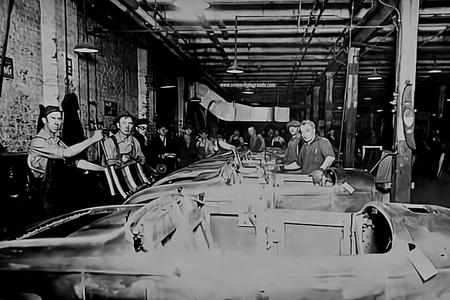 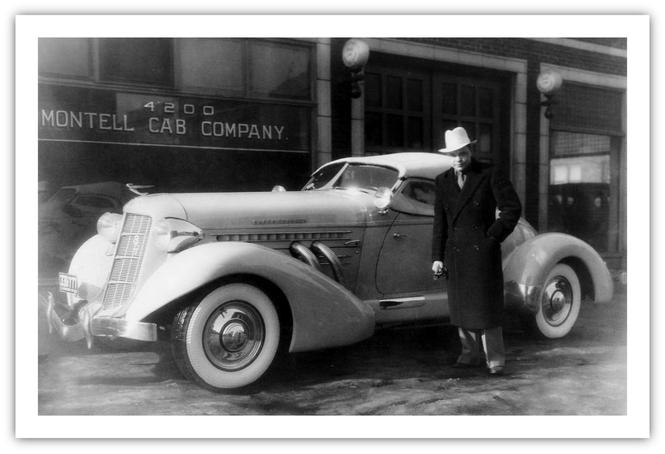 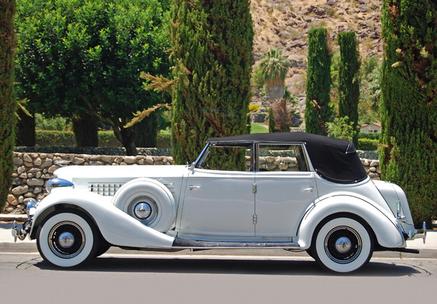 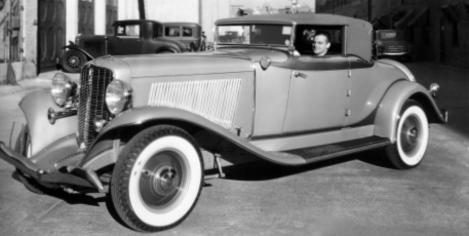 Salon Cabriolet from the 1930's film "The Mayor of Hell" with James Cagney at the wheel. 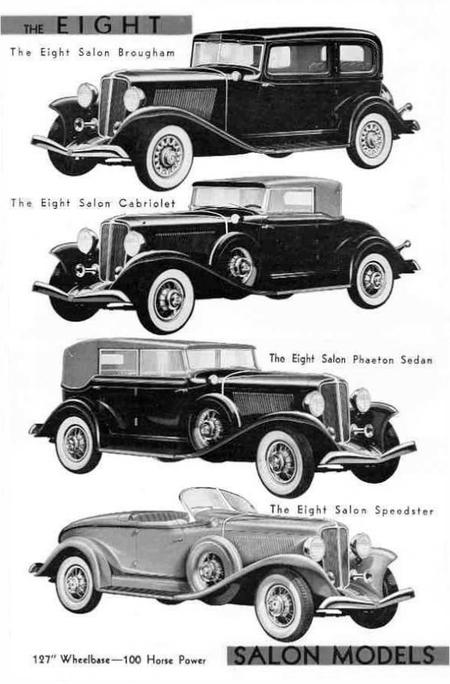 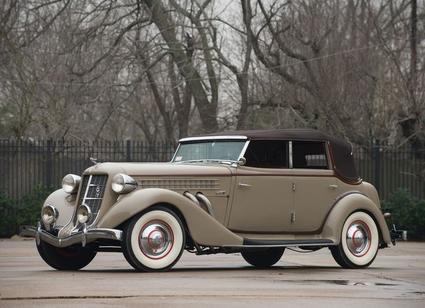 1935 model 851 Salon Phaeton Sedan, manufactured by the Union City Body Company, then shipped to Connersville, Indiana, where final assembly was accomplished. In all, the Connersville plant assembled 6,316 Auburns, which included 627 Phaetons of all trim levels. Today, the eight cylinder Auburns are among the cars recognized by the Classic Car Club of America as Full Classics. According to the research done by the Auburn Cord Duesenberg Club, fewer than 25 -  851 and 852 Phaetons are known to exist today.

In 1924, a group of investors enlisted E.L. Cord to salvage the faltering Auburn Automobile Company. He took over the general manager position at no salary with the provision to acquire a controlling interest in the Company if his efforts were successful. Cord had the large stock of unsold cars repainted in bright attractive colors. Sales moved forward, and by 1926, Cord was president of the company.

Salons were available as eight and twelve cylinder cars in 1933 and 1934. The most identifiable features separating Salons from Custom and Standard Auburns are the Salon's more sweeping front fenders and shorter grille shell, and of course the  "Mustache Bumper" on the early models. 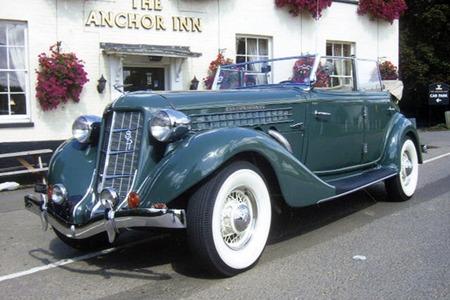 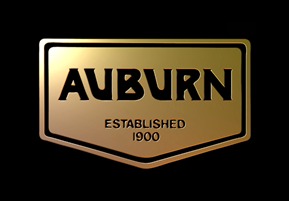